At the very beginning...

…television was analog. Rather there was no television at all, unless in 1925 the Scottish scientist John Louge Baird made a breakthrough - he passed the first black and white pictures to his TV using 30 vertical scanning lines at a speed of 5 frames per second. 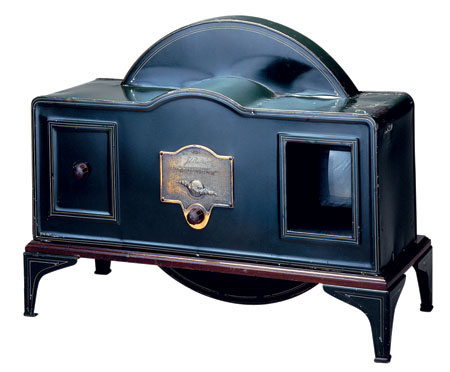 Years passed, technologies developed, and we learned to transmit clear color images (PAL, SECAM, NTSC), good sound and even teletext. And already in the 90s of the 20th century, the mass distribution of digital television (DTV) began and new standards appeared - European DVB, Japanese ISDB, American ATSC. Digitalization of television allowed to transmit high-definition TV channels with a lot of audio tracks, and also allowed to broadcast more channels on one frequency resource.
But still, it was only a step.
The operator still needed to raise the transmitter higher to cover a larger area (reference to the article: see Fundamentals of satellite signal reception p.1) or to build cable networks, and the subscriber needed to use antennas and receivers, even built-in TV, to receive a signal. And the subscriber could only see what he was given... 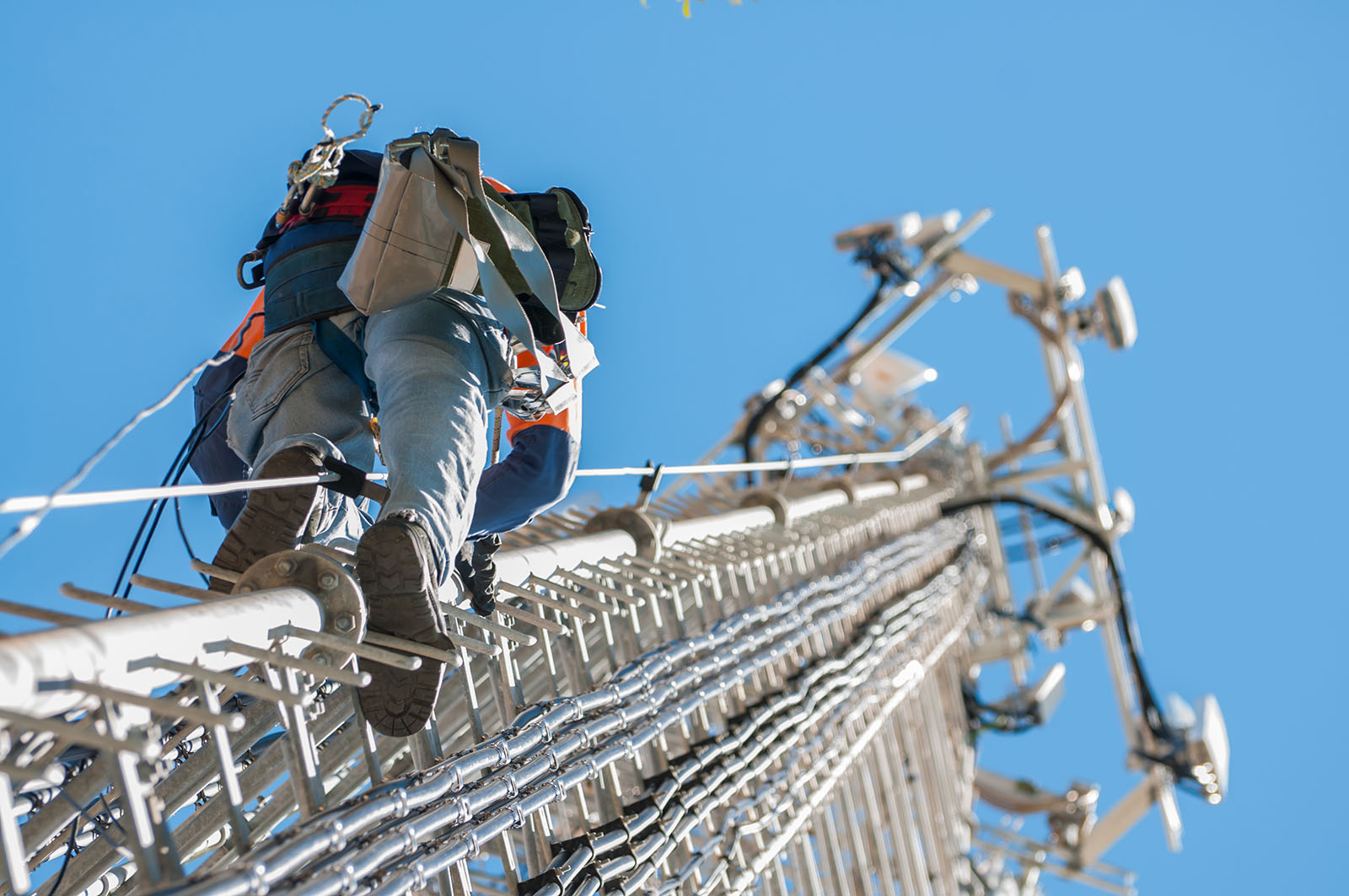 Along with the television computer networks were developing rapidly. And the moment when capacity and quality of computer networks allowed to use them for the transmission of a television signal, can be called a turning point.
The content producer and its consumer can be in different countries and even on different continents - the distance does not matter, the main thing is to have access to the network.
But not only the possibility of global distribution distinguishes IPTV / OTT from conventional television. The main thing that IP-technologies bring is two-way communication. The communication channel "from subscriber to operator" makes the service interactive and significantly expands the possibilities of television. 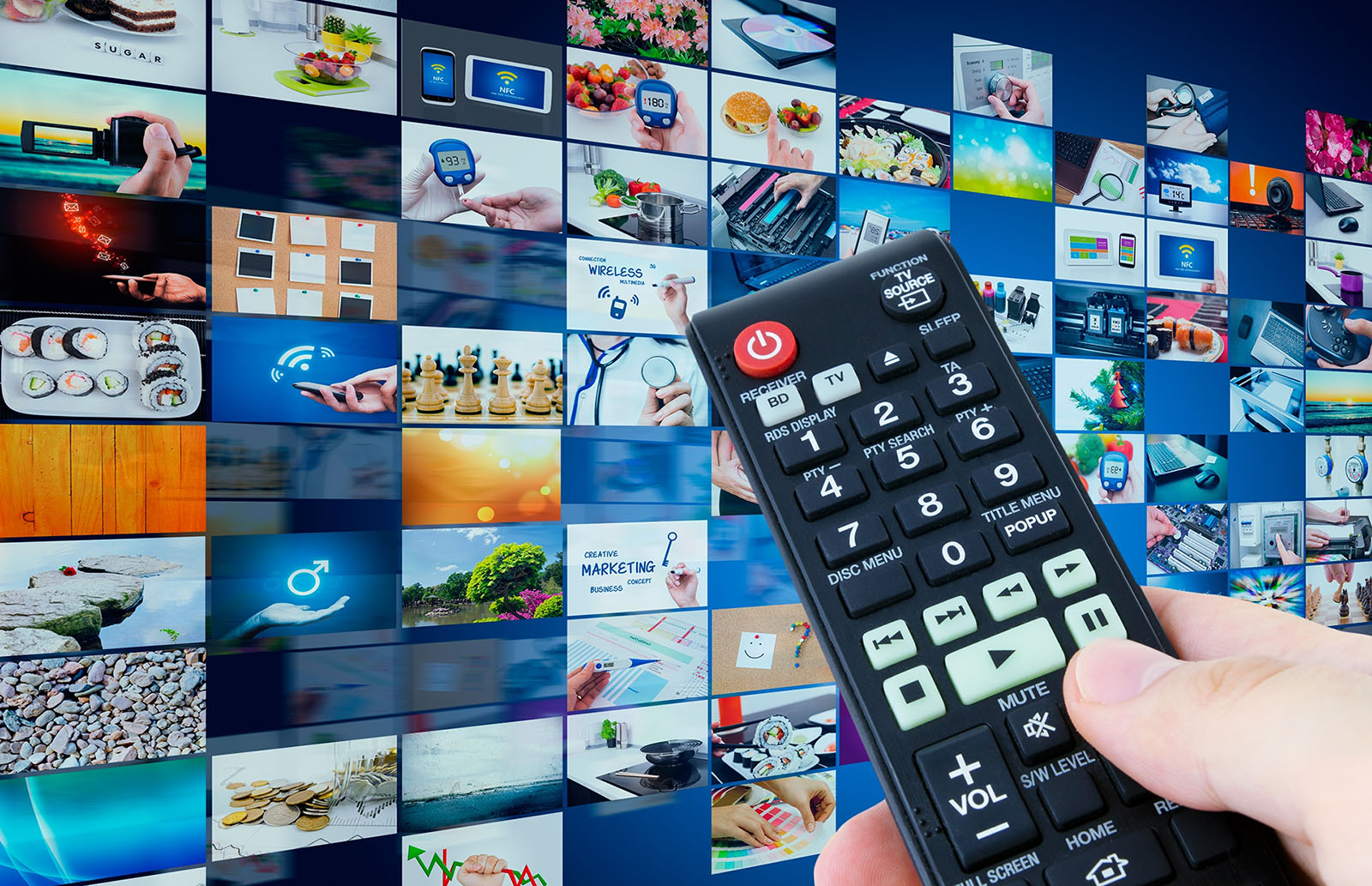 Perhaps the most famous and popular service of IPTV is "video-on-demand" (VoD). Now this seems commonplace, but many years have passed, during which providers used all the opportunities available to them to realize this service. At first it looked like this: the operator at free capacities of satellite or on-air broadcasting streamed films that could be recorded by the receiver on a connected or built-in media, and the subscriber in advance, through third-party communication devices (phone, website), left an application for one or another and waited for the opportunity to see the film. The period of waiting could be several hours.
Nowadays IPTV VoD service allows you to start viewing the selected content "here and now", without waiting for download. In addition, the choice of content is limited only by the volumes of disk storage, which is such a trifle in our time. Therefore, VoD service has spread even to television series and music. Of course, you can pause playback and rewind at any time of the video. And of course, there is an opportunity to see the trailer, description, ratings and reviews before paying for the service.
One of the varieties of "video-on-demand" is the "catch-up television" service (CatchUP TV). The purpose of this service is to provide subscribers with access to TV programs that have already been broadcasted, but have been recorded by the provider. If earlier the subscriber could only hope and wait for a repeat, now he can use this service. And according to the research, many subscribers use this opportunity - the number of both unique views and the total time of TV viewing exceeds the corresponding figures for live broadcasting ("A_Large-Scale Characterization of User Behaviour in Cable TV", D. Goncalves, M. Costa, F.M. Couto, 2016).
TimeShifted TV was also widely spread, which allows live broadcasting to pause and return to viewing after a break, and the nPVR service, which allows you to create a scheduler and "ask" the operator to record a particular program if the provider does not record it by default within CatchUP TV. "But please," you say, "it could be done in ordinary television." And you will be right! But conventional TV meant only local recording of content, which required special requirements for subscriber equipment and increased its cost, thereby limiting the distribution of services.

By connecting to the IPTV operator, the subscriber can:

Obviously, not every operator realizes all the possibilities of IPTV, but he can definitely do it. And the more opportunities an operator provides to its subscribers, the more advantages he gets.
The global distribution and diversity of subscriber devices allows to significantly expand coverage, increase the number of subscribers and total time for TV watching, and additional services increase ARPU, increasing overall profit. However, the list of advantages is not limited to this.


And these are only " the three whales", and you can choose an extraordinary way and, for example, use IPTV portal not only for TV channels and films, but also for organizing a full-fledged online store of goods and services for your subscribers. In most families the TV is watched daily, that is, they visit your online store every day.
It's tempting, isn’t it?